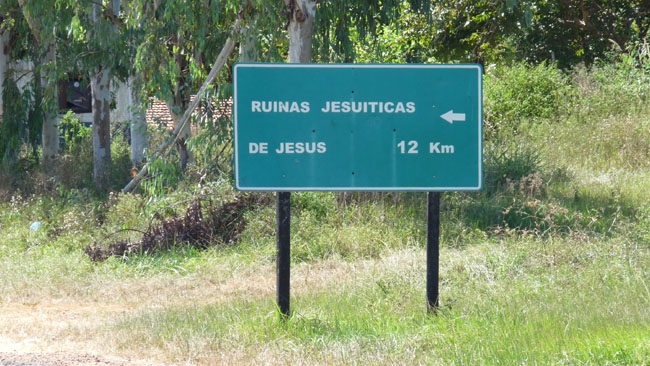 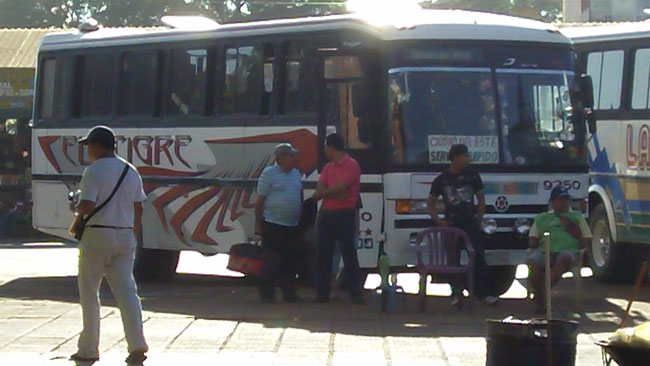 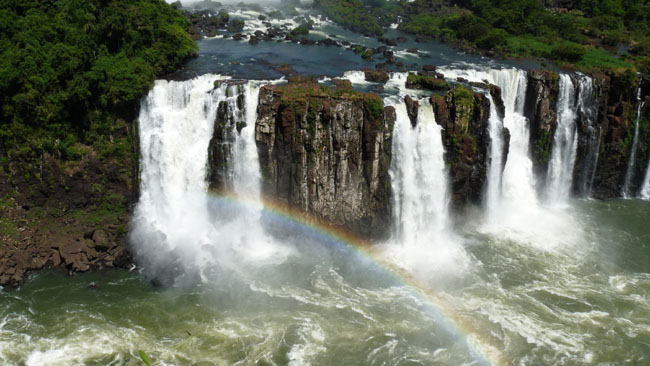 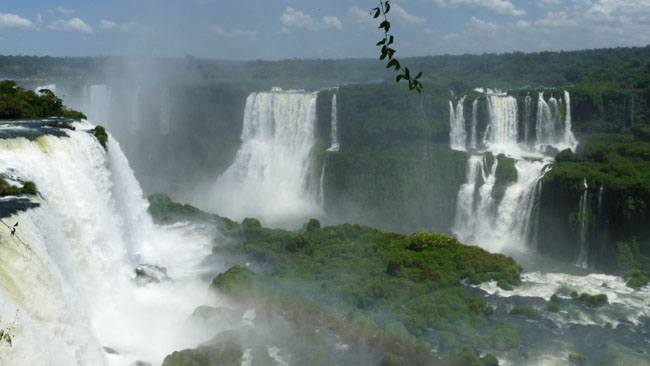 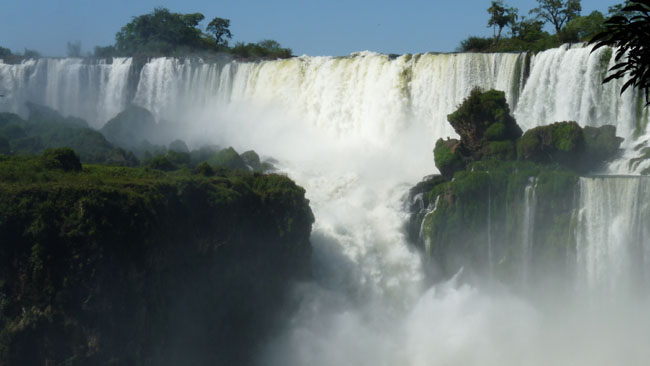 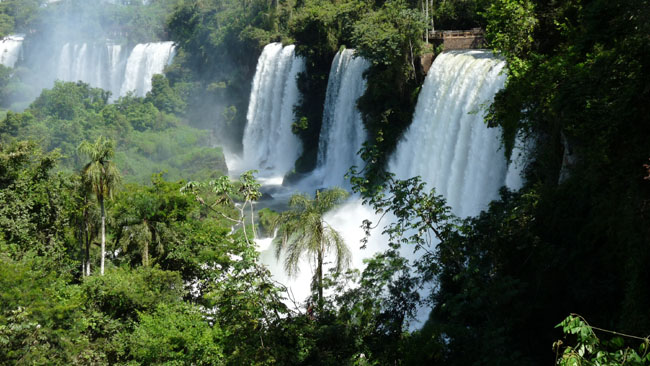 We recently returned from a two week trip to South America, visiting Argentina, Brazil, Paraguay and Uruguay. It was a tough journey, probably the most adventurous trip in several years that we have taken. We were actually on the ground for only 12 days and seeing four countries in that time was ambitious. What made it more so was the fact that we covered much of it overland, taking a 14 hour overnight bus, and then boarding other local buses for six hours and two hours, along with a 90 minute ferry ride. We also crossed four borders overland, exchanged money between each and had to rely on our high school Spanish throughout, which made things take longer and resulted in some comedic situations.

Don’t get me wrong – this was all planned and we had a great time. In fact, the original itinerary was even more ambitious, but I have learned from experience that my need for balance is greater than my desire to “see everything” so several destinations were left on the cutting room floor this time. What was left was a great combination of big cities (Buenos Aires and Montevideo), history (Jesuit mission ruins in Paraguay, a well-preserved colonial city in Uruguay) and the natural beauty of Iguazu Falls in Brazil and Argentina.

I couldn’t help feeling at one point in the trip, however, that maybe I was getting too old for this. We had just arrived in Foz do Iguacu, Brazil, after several days of hard travel, including the 14 hour overnight bus trip that brought us from Buenos Aires to the Paraguay border. The long days leading up to arriving in Brazil began with the Paraguay border crossing, and then navigating through finding a decent hotel in town in 90 degree heat. Early the next morning we made our way to two beautiful Jesuit mission sites, which included getting dropped off a public bus in the middle of nowhere to visit the first site and then negotiating a taxi to take us to the other set of ruins 12 km away. Then to top all of that off, we spent the next day getting to Brazil on a six hour bus odyssey, with hot air from open windows blowing in your face as the bus literally stopped every mile of a 150 mile trip to let people off and pick others up along the highway. Now in Brazil I had reached the end of my patience, it was hot, I was tired and my husband and I were arguing.

I began to think that we weren’t 20 years old anymore and perhaps this type of adventurous independent travel wasn’t for folks that were in their 40s. It was then that I asked myself, why do I travel and does this all still make sense to me at my stage of life? We went to sleep that night frustrated but had a big day planned in the morning at Iguazu Falls. If you are not familiar with these falls, they consists of 275 distinct cascades over a two mile stretch of river, which the tallest fall at 269 ft. When we got up the next day and took the public bus to the falls we engaged in conversations with other travelers. Soon we were speaking with Australians, Dutch, Brits and other Americans, who like us, were independent travelers who had come a long way to see these falls. It was a variety of people, from a couple in their 20s to a woman in her 60s. There was a sense of excitement to be in such a remote place.

When we got to the falls, I was not prepared for what lay ahead. It was truly one of the most spectacular sights I have ever seen! I felt like a child who was at the biggest, best amusement park ever. But this was different because it was all natural, the weather was perfect and we had this day and the next (on the Argentina side) to experience this incredible place on our time, seeing what we wanted in the order we desired. In fact, on both days, we even retraced our steps in both places since we had the time. If I didn’t travel I would have missed this place (which I don’t think most people have heard of) and I wouldn’t have been able to talk to others I met that day and share an universal moment with them as well as enjoy a special place with my husband. Usually pictures don’t do things justice but I have shown many people our photos since we returned and now they appreciate this place as well.

Travel is fatal to prejudice, bigotry, and narrow-mindedness, and many of our people need it sorely on these accounts. Broad, wholesome, charitable views of men and things cannot be acquired by vegetating in one little corner of the earth all one’s lifetime. – Mark Twain

Later on this trip we spent a leisurely lunch in Colonia, Uruguay talking to the cook / waiter about life in that country and his various jobs he has had throughout Europe. Again, this was a unique situation that one doesn’t experience when staying at home. The exchange brought back for me other meals and similar conversations with people in Ecuador, Germany, Sweden and Uganda. In fact, when I think about the 44 countries I have now visited, I can truly say that there is something unique about each and every one I have seen. Like children, there are those special things about each that give them a different personality of sorts. The things I learned about other people and countries were amazing, both in viewing our differences and our similarities as world citizens.

So “Why Travel” do I ask? It is to live, to feel, to experience, even on those days when you are hot, tired and uncomfortable. For it is those things you see and those people that you meet, that you would never view in your own backyard, that makes even the toughest days worthwhile and the entire journey rewarding in the end.

More about Darren and Sandy

Read about Darren and Sandy to learn more about their early years of travel and motivations for their global adventures.

More About Darren and Sandy

Our Most Popular Stories

Check out some Favorite Sites of Ours!